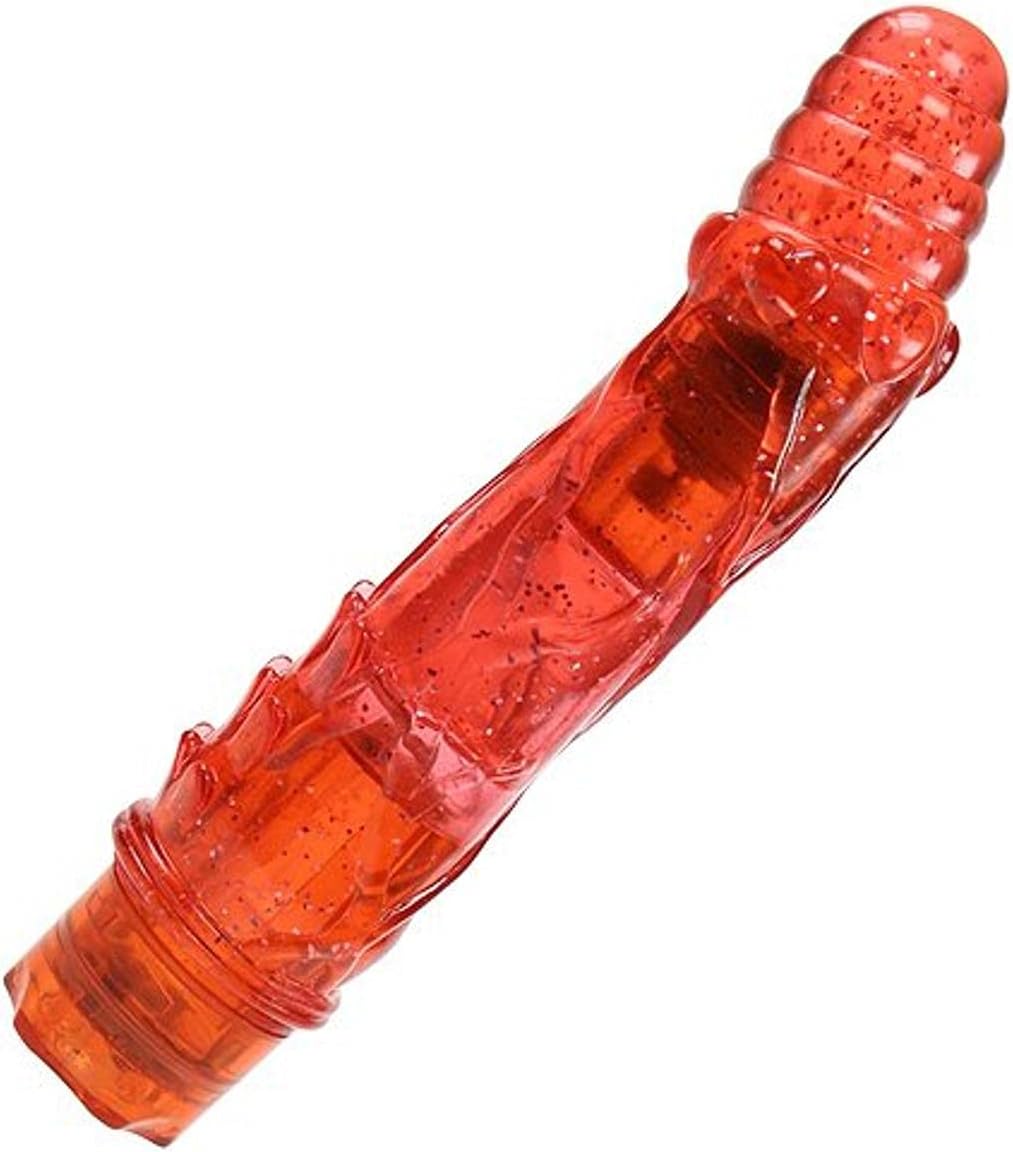 The heart embossed waterproof Love G is made of glittery jelly. The insertable length of the vibe is 7.5" and the multi-textured shaft has a diameter of 1.75". The base of the Love G has ridges to give added stimulation to the clitoral area. With an easy push button control bottom, you can flip through 10 separate vibrating functions.