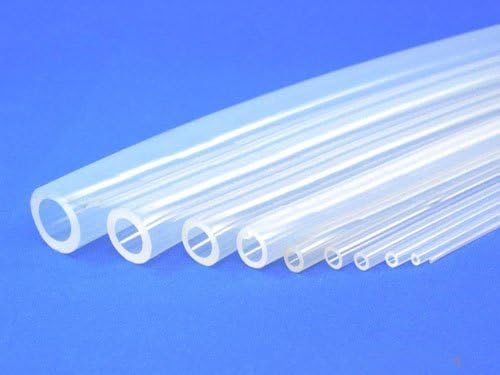 This peroxide-cured silicone tubing is made from FDA sanctioned ingredients, and is odorless, tasteless and inert. This tubing is notable for its resistance to temperature extremes, and has excellent electrical properties making it a great choice for appliance and computer applications. It contains no sulphur or other acid-producing chemicals, which eliminates the possibility of staining, corroding, or deteriorating other materials that it contacts. It is also extremely resistant to ozone and U.V. over long time periods.